On Sunday, acting legend Cicely Tyson was given her first ever Oscar, an Honorary Award at the 10th Annual Governor’s Awards on Sunday night at the Dolby Theater in Hollywood.

The 93-year-old Tyson was given the Honorary Award alongside composer Lalo Schifrin and publicist Martin Levy. 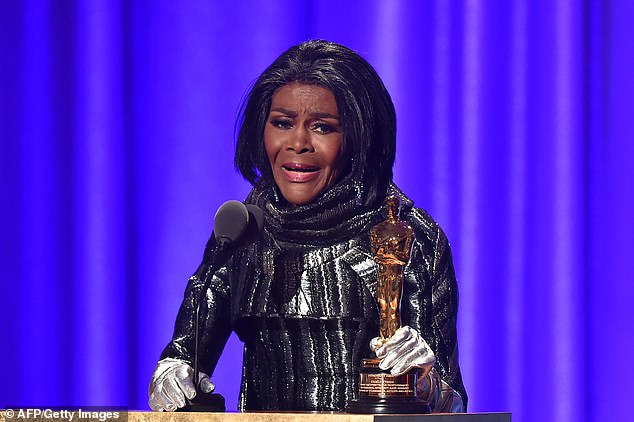 The Governors Awards celebrate the careers of a few entertainment veterans who have not yet won an Academy Award by bestowing them with an honorary Oscar statuette, ‘to honor extraordinary distinction in lifetime achievement, exceptional contributions to the state of motion picture arts and sciences, or for outstanding service to the Academy’. Recipients are voted on by the board of governors of the Academy of Motion Picture Arts and Sciences. While the event may be in its 10th year, the honorary Oscar itself in its 60th.

For the 93-year-old Tyson, it was a half lifetime coming. It had been 45 years since her first and only nomination, for “Sounder” in 1972.

Tyson started her career in Broadway and off Broadway plays and transitioned to small roles in films and guest starring spots on television. She had her breakthrough role as Portia in 1968’s The Heart Is a Lonely Hunter, alongside Alan Arkin.

Four years later, she earned her first and only Oscar nomination for Best Actress for the 1972 film Sounder.

‘This is a culmination of all those years of haves and have nots,’ Tyson said during her speech on Sunday.

While Tyson has only once competed for an Academy Award, she has a whopping 12 Emmy nominations that span five decades. They include two wins, one for lead actress in a drama for “The Autobiography of Miss Jane Pittman” (1974) – making her the first African-American woman to do so for a TV movie —  as well as earning the special title of “Actress of the Year.” She earned another trophy for supporting actress in the miniseries “Oldest Confederate Widow Tells All” (1994).

← NIGERIAN ELECTIONS : WHAT IS GOOD GOVERNANCE TO COMMON PEOPLE?
Women rights in Africa →